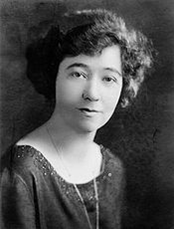 After twenty-two years of serving the Lisu, John and Isobel Kuhn came to a brick wall. It was 1950, and the communists recklessly took over China. With an uncertain future, Isobel (Belle) decided to take six-year-old Daniel to America for schooling. John agreed with their mission agency to survey Thailand before joining her. He  assured Belle he would make no promises until they had discussed together the possibility of serving in Thailand.

Back home, Belle chose not to set her heart on retirement; instead, she sought the Lord. God spoke to her as she read Amy Carmichael’s book, Climb or Die. It spoke of the decline of those who suddenly refuse spiritual exertion and instead seek ease. A picture of snow-covered mountains reminded Belle of her climb out of China. Her legs had been numb from the knee down, but if she had stopped, she would have died!

As she reflected on the possibility of Thailand as a new mission field, Belle realized that she would have some mountains to climb. Old age had arrived, a new language would have to be learned, and life in Thailand would include actual, rough mountain-climbing! What about retiring for her children’s sake? God answered, “Do you think your children would benefit by being with parents who made such a choice?” (Kuhn 18).

God confirmed to both John and Belle that they should continue their ministry by planting indigenous churches among the Lisu in Thailand. In Thailand, the “White Community” rallied for the Kuhns to join their social circle. The Kuhns, however, chose “the indigenous pattern,” spending times of relaxation with the nationals (36, 37). Belle found that the nationals loved their welcoming lifestyle, and in this way the Kuhns were able to make contacts with non-believers.

Because the Kuhns chose a lifestyle of identification with the people, the natives noticed their sacrifice. A Chinese neighbor once asked, “Just why are you here in this rough-living country?” Belle was able to honestly reply, “For the love of One who loves you” (274).

When our brick wall appears, may we seek God and not retreat.