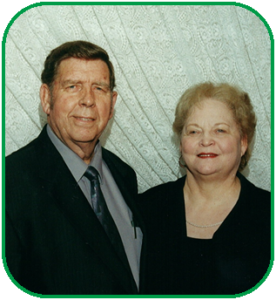 “A missionary who truly wants to see the gospel flourish and spread on the foreign field will work toward the end of seeing nationals won to the Lord and trained for the ministry to reach their own people.”

That is exactly what Sonny and Beverly Fritz did. Theirs was the work of many hands—national hands—and most importantly, God’s hand. God had used a very short mission trip to Mexico to set a fire so great in Sonny’s heart that he would give his entire life to God’s work among the Mexican people. His wife followed with an identical zeal. In 1965, after only a year and a half of deputation, they took their few belongings and their daughters to a new life in Monterrey. Working closely with the Ashcraft family, Sonny eagerly began witnessing as soon as he could; Beverly and the girls threw themselves into the lives of the women and children around them. They were careful not to Americanize the people they won to the Lord. They immersed themselves in the language, the culture, and the lives of people with such fervor that one man remarked, “To us they are truly Mexican!”

Within only a few months of being in Monterrey, Calvary Baptist Church (Iglesia Bautista Calvario) was established. Soon it was put under the leadership of José Silva, their language helper and a faithful servant of the Lord. When José left to start a church in another area, Sonny asked Roberto Arellano, a man saved in his village through the work of another missionary, to take José’s place. The church has grown immensely over the years. By 2004, fourteen pastors and three missionaries had been called out of Calvary. It was often noted that the Fritzes “never [imposed] their own plans and methods on  the pastor or church, but rather [encouraged] and [gave] advice when asked.”

By 1984, the ministry had grown to the point that Sonny knew they needed a way to train more nationals to pastor the churches that were being planted. This would ensure the ministry’s continued life and growth. So, in their own home, they began New Life Baptist Seminary. This too, in time, was put under the oversight of a Mexican national, their son-in-law Ruben Murillo. By 2004, it had produced 111 graduates. Today, many of the men and women that the Lord has touched through the Fritzes’ ministry are taking the gospel to their own people.

Quotations from Hearts for Mexico, by Pam Leake