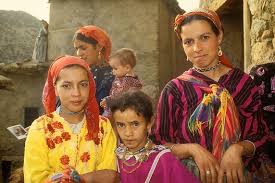 The Moor (world-wide population  4,235,100) are originally from North Africa. They are proud of their Arabic ancestry and retain its Islamic influence which varies between the terrorist Quidari and the more peaceful Jajani. Their language is Hassaniya Arabic. They have no Scripture or known missionaries.

In 711 AD, the Moor invaded and conquered Spain. They contributed so much knowledge during their several hundred year reign that    Europe made great strides in education and the sciences.  The Moor were driven from Spain during the Inquisition and scattered throughout North Africa and Europe. Today, they have no land of their own but live in eleven different countries.

Traditionally, Moors are nomadic and live in rectangular tents made of woven wool. Depending on where they live, Moors are also farmers, tradesmen, or traders.

Please pray for someone to preach Christ to the Moor. Pray that they will be receptive. Also pray that those receiving Christ will have the boldness to share Him with others.