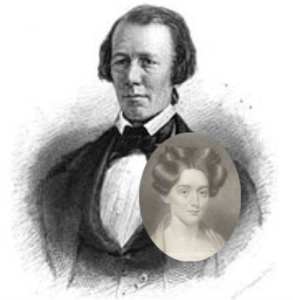 February 17, 1831: The brig Bucephalus unloaded its cargo on the banks at Moulmein, Burma. Among the disembarking passengers was newlywed couple John and Eliza Taylor Jones. In a land just beginning to experience Western influence, the Jones were part of a great influx of foreigners: merchants, diplomats, and teachers. The Jones, however, were not seeking to fulfill any personal interest.

John and Eliza Jones were among the earliest missionaries to respond to the cry of the Far East. The American Baptist Missionary Union originally sent the linguistically talented couple to Burma, where they studied Burmese and Taling simultaneously. Within a year, John preached his first Burmese sermon. Soon, however, the Jones were called to Siam (present day Thailand) by the request of another missionary, Karl Gutzloff. There they remained for the rest of their lives, the first permanent Protestant missionaries in Siam.

Here in Siam the Jones’ linguistic skills became more apparent. Eliza  produced a Siamese–English dictionary. Continuing her work, she created a Romanized script for Siamese and recorded various Biblical stories in  Siamese. John also succeeded in learning Siamese and in 1843 finished a translation of the New Testament into that language. In fact, he applied himself so diligently to the language that he was more eloquent in Siamese than in English, often surpassing the native teachers in knowledge of their own tongue.

The price of living in countries with abysmal sanitation was high: two of Eliza’s children died before she herself succumbed to cholera after seven years of service in Burma and Siam. Such dedication greatly moved the Siamese people, and Jones touched both rich and poor with his ministry. He became an indispensable asset to the king of Siam, who often called upon him to translate in various diplomatic affairs. When he died in 1851, there was no question as to where he should be buried; Siam was his home, the Chinese and Siamese believers his brethren.

Today, all that marks John and Eliza Jones’ graves is two modest headstones in the Bangkok Protestant Cemetery. Perhaps this is because no monument could capture the spirit with which they gave their lives to God’s service.