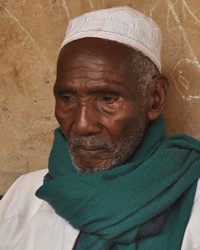 There are forty-four subgroups of the Jula, a sub-Saharan people, one of which is the Odienne Jula. The majority of the 183,000 Odienne Jula live in the northwest town of Odienne, Côte d’Ivoire which is an historic trading center. Odienne lies within the savanna region of Côte d’Ivoire where the soil is fertile. People make their living as merchants, craftsmen, and farmers. Rice is grown in the region and cashews have recently become an important cash crop (2019 Indiana University Press).

The Odienne Jula are resistant to the Gospel because they are both religious and clannish. They are 95% Muslim but also adhere to much of their ethnic religion. Ethnic religions consist of rituals, charms, and involvement in spirit worship which are entrenched in the people due to strong cultural and generational ties. The Odienne Jula are organized by clans, the lineage of which is traced through the men. Rather than viewing themselves as individuals, they find their identity in their clan. They guard against anything that might divide or weaken their kinship ties.

This unreached people group speak Wojenaka, a language also spoken by 18,000 Wassulu people, also of Côte d’Ivoire. It is reported that a Bible translation has begun; however, there are no scriptures in Wojenaka. Translators need prayer to overcome obstacles and wisdom to produce a faithful translation.