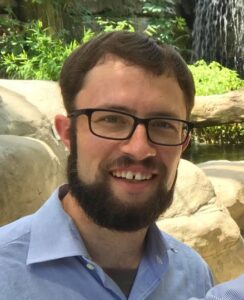 I grew up in a pastor’s home in Cheyenne, Wyoming, and was saved at age seven. My parents raised their children to be involved in church ministry and to have a burden for the world. My dad, Wil Muldoon, was called into overseas missions at age sixty-one, and he is still serving in Papua New Guinea at age seventy. His commitment to follow Christ has had a profound impact on my life.

In 2013, I went to Bulgaria for the Deaf Olympics with Silent Word Ministries International. During this trip, a burden for Eastern Europe and the Deaf of the world grew in my heart. During my junior and senior year of college, I worked with the Deaf at Bill Rice Ranch and was involved in a deaf ministry at a local church. My burden grew. Seeing my parents in PNG in 2015 was a highlight and after teaching in the Bible institute there, I fell in love with investing in men who are hungry to learn.

The Deaf, Eastern Europe, and training men were all swirling in my head and heart upon arriving back in the United States, but I didn’t see it as an actual possibility. God was patient with me as He showed me more and more of Himself and His burden for the Deaf. On January 1, 2016, David Bennett, my mentor, challenged me to sincerely see if God wanted me to invest my life in training deaf men in Europe. After two months of praying and receiving counsel from my parents and pastor, a conviction settled that, what had started out as a burden, was actually God’s plan for me.

The next steps were training: theological training at Seminary, deaf training in Liberia, ministry training in a nine-month apprenticeship under a pastoral staff in Tennessee, and missions training at BBTI. The next major step will be full time deputation to start a deaf church and training institute in Eastern Europe!