From Bombs to Bibles 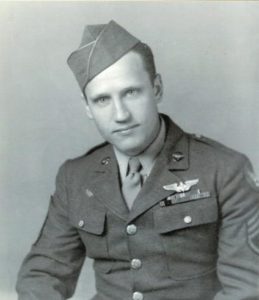 On April 18, 1942, Corp. Jacob DeShazer of Col. Doolittle’s raiders was the B-25 bombardier on the last plane to leave the aircraft carrier USS Hornet. They were on a bombing mission to avenge the attack on Pearl Harbor. The plan was to hinder the advance of the Japanese army and show them that blind faith in the emperor-god Hirohito and his guarantee of success was unfounded.

Jacob grew up in a devout Christian home but didn’t think the Bible was for him. He had volunteered for this mission, but as they neared Japan he wondered about his possible death and eternal destiny.

Prior to take-off, his plane, the Bat Out of Hell, was damaged. A hole in the fusalage slowed the plane, causing increased fuel consumption. Their target was Nagoya, south of Tokyo. They successfully bombed an oil refinery, a gasoline storage facility, and a large factory. They then headed for the safety of Choo Chow Lishui, China, but ran out of fuel and were forced to parachute from the plane. (Incidentally, at the exact time Jacob was descending into a Japanese occupied area of China, his mother awoke and earnestly prayed for her son!) For the next forty months, he and his crew were prisoners of the Japanese. Nothing in this world could be worse than the horrors of Japanese prison life. Thirty-five percent of POWs died of disease, torture, starvation, or forced labor. Many were decapitated or killed by bayonet; some simply gave up and died. 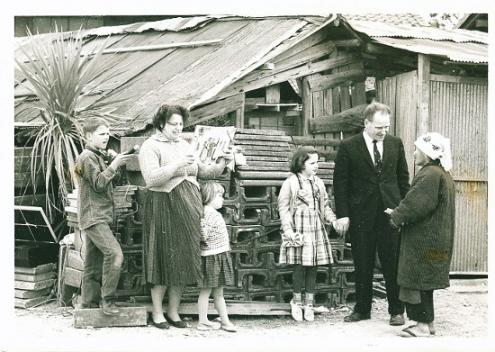 Not surprisingly, Jacob was full of hatred. Most guards were sadistic and extremely cruel, but there were rare exceptions. In May 1944, while in solitary confinement, Jacob was given a Bible by a guard. He was allowed to keep it three weeks, and he read it constantly. A fellow prisoner, Lt. Robert Meder died in captivity, but he had been a good testimony before DeShazer. Now the Bible was working on him! On June 8, 1944, he trusted Christ.

Before his release on August 20, 1945, he felt an overwhelming love and sympathy for the Japanese people and a great desire to tell them of Christ. After the war, General Douglas McArthur, seeing the Japanese’s disillusionment in their emperor-god, issued a plea for one thousand Christian missionaries to teach them about the true God. DeShazer was already planning to return to Japan to do just that!

Jacob was much in demand as a public speaker. People wanted to hear of his POW experience and his conversion. He married Florence Matheny who would serve thirty years beside him in Japan. On December 8, 1948, six years and eight months after boarding the USS Hornet to bomb Japan, DeShazer boarded the USS General Meigs to deliver Bibles. More amazing than DeShazer’s conversion is that of Mitsuo Fuchida who was saved after reading a tract of the DeShazer story. Fuchida had led the 353 plane attack on Pearl Harbor. He and Jacob became dear friends and traveled together preaching the gospel.