Envision yourself living in a tiny room, furnished with one stool.  The only heat you can obtain is by burning animal waste in an iron stove.  You have ample funds in the bank to sustain your hungry family, but you can’t access the money. You are friendless and stuck in a foreign country with little hope of getting home. As a child of God, what would your attitude be?

Arthur and Wilda Matthews were serving in China with the China Inland Mission when the Communists began forcing Westerners to leave the country in 1950.  However, a church in Northern China invited the Matthews to work with them. Believing it to be God’s will, Arthur and Wilda stayed. They soon discovered that the situation was not as it had seemed.  The Chinese were afraid to associate with them, and the government forbade them to preach or go out among the people.  Since their presence was only endangering the Chinese church, the Matthews requested exit permits. 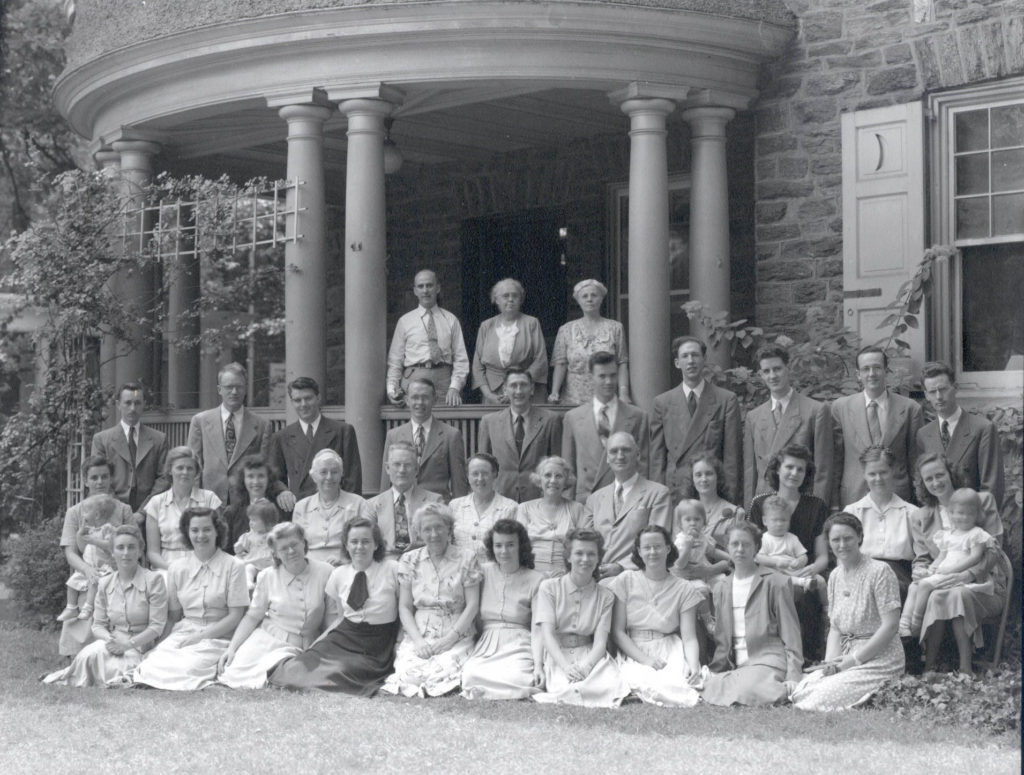 One of the last CIM groups to be sent – Philadelphia 1948

In the meantime, these missionaries found themselves in the situation previously described. What was their attitude? At first, they were determined to steadfastly endure their afflictions, knowing that God was in control. But gradually, the Matthews realized that trials are not sent to simply be endured, but to demonstrate in us the joy of complete obedience. Arthur Matthews wrote four things that encouraged his family during their time of testing:  1) God brought me here. It is by his will I am in this difficult place, and in that fact I will rest. 2) He will keep me here in his love, and give me grace to behave as I should. 3) He will make the trial a blessing, teaching me the lessons he intends for me to learn. 4) In his good time he can bring me out again—how and when, he knows.

God did bring them out. After two years, Wilda and their daughter, Lilah, were permitted to leave. They sailed to America where they waited until Arthur was finally released. Truly God was faithful to His own.

The Matthews’ trials were far from pointless; a loving heavenly Father planned that their very lives preach the message they were forbidden to speak. “The message above all others which the Chinese church needed was to see the truth lived out under circumstances equally harrowing with their own.”1  Be ye stedfast, unmoveable, always abounding in the work of the Lord, forasmuch as ye know that your labour  is not in vain in the Lord.

1 Read the entire story in Green Leaf in Drought-time, by Isobel Kuhn.