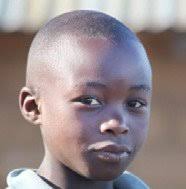 The Idaca are one of 68 distinct peoples of Benin and live in the south-central part of the country. Differing sources number them at 41,800 and 140,000. They belong to the Yoruba people cluster, one of the three African people groups from which Voodoo originated.

Yams, millet, and sorghum are raised by traditional farming methods and provide the Idaca’s basic diet. This diet may be supplemented by hunting, fishing, and gathering.

Most Idaca still practice their ethnic, animist religion which involves the worship of family spirits. They believe that upon death, a person’s soul either joins the supernatural forces of nature, or is reincarnated. Sacrifices are made to appease the dead and these supernatural forces. How will they be freed from this bondage without a Bible?

The complete religious freedom provided by Benin’s constitution is respected and enforced by the current government. Though local headmen may oppose Christians and missionaries, all religions are free to practice their faith. Discussion of religious belief in Benin is a protected right of free speech.