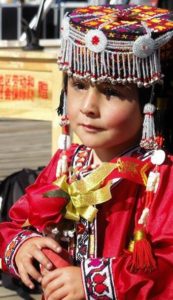 The Pamiri Tajiks live in extreme isolation on the border area of four countries: Tajikistan, China, Pakistan and Afghanistan. Their traditional homeland is the Pamir Mountains, the world’s second highest mountain range. Different sources recognize between 120,000 and 350,000 Pamiri Tajiks. This number includes several distinct sub-dialects. All of these dialects are still unwritten.

Being primarily farmers, the Pamiri Tajiks raise sheep, yaks and horses. Their villages consist of small houses built of stone and clay.

Nearly 100% of the Pamiri Tajiks are Muslim. Most hold to the Ismaili sect of Islam while also mixing in traditional Zoroastrian practices. They are unique from most Muslims in that they meet in homes to worship rather than going to a mosque.

The Pamiri Tajiks are in great need of the Gospel, particularly in China, where there has never been a church established among them. There is no Bible in any of the Pamiri dialects.

Do you believe in the power of prayer? Will you intercede for these forgotten people? Ask God to raise up a team of laborers to take the Gospel to them. And ask Him to prepare their hearts to receive it.