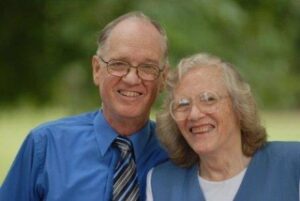 Suriname is situated on the northern coast of South America. Its history is almost as diverse as the vegetation that grows in its tropical climate; Suriname was first explored by the Spanish in the 16th century, settled by the British in the mid-17th century, and became a Dutch sugar colony in 1667. Indigenous populations and escaped African slaves were pushed into the interior of the country where they established their own tribal languages and cultures.

Since Suriname didn’t gain independence from the Netherlands until 1975, the national language is Dutch, but because Suriname has been influenced by so many countries and cultures, an English-based creole language called Sranantongo is spoken by a majority of the population as either a first or second language.

Along with linguistic influence, the Dutch also brought Moravian influence (followers of John Huss) in the early 18th century who translated the New Testament and Psalms into Sranantongo in 1820. Unfortunately, this translation was not very precise, and its language is now archaic. In the 1970s, a Bible translation group (SIL) began working in Suriname to translate the New Testament into Sranantongo from the Critical Text. In 1998, Robert Patton, MD, DD finished his translation of the entire Bible from the Received Text a few years before the Critical Text (SIL) New Testament was completed.

To date, Dr. Patton’s translation has sold over 20,000 copies: enough to put the complete Bible into the hands of one in twenty-five people. To God be the glory!