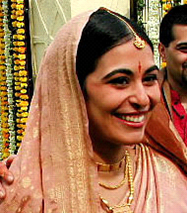 Twelve people groups in India speak Kangri as their primary language. The smallest group has only eighty speakers, but the largest, the Hindu Ghirath, has 164,000. Other names for Kangri include Pahari and Dogri.

Kangri is written with Hindi script, and Hindi is spoken to outsiders. A Hindi Bible is available, but Kangri speakers are still waiting for  their own scriptures. Listen to a Kangri gospel recording:    globalrecordings.net/program/C03121

Most Kangri speakers practice Hinduism, the world’s third largest religion. Hinduism has evolved over the centuries from many religious traditions and has no single founder or authority. This results in widely diverse beliefs; though the main goal in life is to attain  freedom from the cycle of birth, life, death, and rebirth (reincarnation) by reaching  a state identical  to Brahman, the supreme soul.