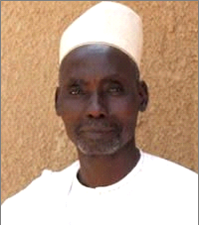 The 367,000 Maba, also known as Ouaddai (pronounced Wad-aye), are the dominant people group of the Wadai Mountains in eastern Chad.  Many living in rural areas speak only their own language, Maba; but  most town-based Maba are bilingual, also speaking Chad Arabic. There are no Maba Scriptures.

These are non-Arab Muslims, loyal to their local form of Islam (though elements of animism from the 16th century remain). There is official freedom of religion, but oppression in the form of public insult is common and some death threats even occur. A sultan heads the tribal kingdom and is a descendant of the line of Abbas (said to be an uncle of Mohammed). Though not a part of the state, sultans run their own courts based on Islamic law and rule in some civil affairs.

Possessing a strong sense of identity, the Maba are resistant to change; but technology (satellite TV and mobile phones) is making inroads in their tradition and younger people are becoming more open.