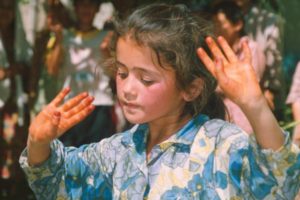 The Pamiris of Central Asia have never had their own country nor lived independently of surrounding powers. The majority of Pamiris live in an area called the Badakhshan Autonomous Province which covers parts of Tajikistan and Afghanistan.

Pamiris are linguistically, religiously, and culturally distinct from their Tajik and Afghani landlords. They are a highly misunderstood people group and face great prejudice and discrimination. This is primarily due to a difference in the practice of Islam.

Most Pamiris practice Ismailism which is viewed negatively by their Sunni neighbors. Pamiri women are free from some of the stricter Islamic laws. They do not have to wear burkas or hijabs, are encouraged to get a good education, and are allowed to work outside the home. Although dating is not acceptable and marriages are usually arranged by a maternal uncle, women are not expected to marry before age eighteen.

It is unclear how many distinct languages/dialects exist in the Pamiri language family. A BBTI graduate working with this people group says there are at least seven. There are only three teams currently working to translate the scriptures into Pamiri languages.