What the Zealous Can Do 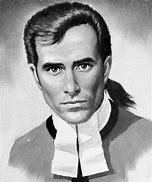 With a cry of pain, the horse lurched forward causing her master to topple to the ground. David Brainerd stood, brushed himself off, and looked to see what had happened. The mare lay in agony on the ground, her leg snapped in two. David was beyond despair as he knew the inevitable must take place. With two Native Indians and a fellow missionary looking on, David raised his weapon and killed the faithful horse. He and his travelling companions then trekked thirty miles to the next house.

Such was the life of a young man who gave his life to see others won to Christ. Literally working himself to death, David Brainerd made it a point throughout his life to see to it that men, women, children, old and young, could have a chance to know Jesus.

David Brainerd was a young man with a heart for missionary work. He once said, “I never, since I began to preach, could feel any freedom to enter into other men’s labours and settle down in the ministry where the Gospel was preached before.” He wanted to do something for God that had never been accomplished.

After spending much time as a young man struggling with his salvation, he gave himself to prayer and sought the face of God to know how he might be saved. On July 12, 1739, while walking in the forest, David Brainerd gave his heart to the Lord and was gloriously saved. He became a zealous and fervent witness for his Lord. Although at times he suffered from depression, self-pity, and loneliness, he always righted himself in the Lord.

When his desire to serve the Lord returned, he was too zealous for some, and after calling his Yale professors less than zealous, he was expelled. After battling disappointment and bitterness, he learned to give it to the Lord, and he instead devoted his life to God’s service. An excerpt from his life journal reads, “I hardly ever so longed to live to God and to be altogether devoted to Him; I wanted to wear out my life in his service and for his glory.”

Although his ministry was full of many heartbreaks, hardships, sicknesses and unexplained difficulties, David Brainerd served the Lord for five years with over one hundred converts. He also did some Bible translation into an American Indian language. When ill health incapacitated him, he returned home and spent his last days with the Jonathan Edwards family. Even then his zeal was infectious. At the young age of twenty-nine, David Brainerd breathed his last on this earth. And as he entered heaven’s portals, may we not say he was eagerly welcomed?

God takes what we think is of little worth and uses it for His honour and His glory. He can use the weak or the sometimes depressed to serve Him. So, dear Christian, do not give up. Keep serving the Lord! He will be everything that you need!