A Fire in my Heart 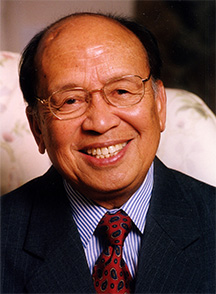 “My grandfather was a headhunter. But by God’s grace, today I am a heart-hunter.” -Rochunga Pudaite

Determined to see more of the village won for Christ, little Ro set out and began witnessing to the renowned ‘wild’ people of the Teisieng village in Manipur, India. With a heart full of prayer and fierce determination, Ro went to the first home. The man wanted nothing to do with the ‘dead man Jesus’. Most Christians would have walked away downhearted, but a little boy with a fire in his heart was not so easily deterred. He marched to the next house; his hands clenched in determination. Around a fire, three men sat, and to Ro, they were like three giants needing to be felled. Standing silent for a moment, he gathered his courage and asked permission to proclaim the name of Jesus. “WHERE IS MY DAO?” a man shouted as he sprang to his feet.

Ro’s eyes widened as he realized what was happening. A dao was a knife used by mountain people for generations for many things, but one use was head hunting. Ro turned and ran out of the house and down the road. He heard someone calling to him asking him to wait, but he dared not stop, lest he be killed. But his short legs were no match for a grown man and he was soon overtaken. “Someone from another village has been coming around and telling me about Jesus, and I wish to hear more. Come with me and tell me about Jesus,” the man begged him.

Ro feared this was some sort of trap, but he trusted that the Lord would go with him. For an hour he spoke the name of Jesus to the man, who eventually said these words, “I want to give my name to Jesus.” Ro knew that this was the real thing; the man was giving himself completely to the Lord. He was the first Christian, the first follower of Jesus, in this so-called wild village. Rochunga’s heart was filled with joy and rejoicing. He had led his first soul to the Lord.

God took this young man with a heart for the Hmar people of India and used him to translate the Bible into their language. Rochunga Pudaite came from a village of former headhunters and let the Lord use him in a way that no one thought possible. God is a God of extremes; He can use the least of the least for His honor and glory.

Through God we shall do valiantly: for he it is that shall tread down our enemies. —Psalm 60:12

(For further information about Rochunga’s story, read God’s Tribesman by James and Marti Hefley. Watch Beyond the Next Mountain, a film about Rochunga on YouTube.)