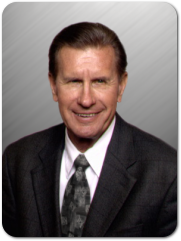 Most people would rather live with a problem they are familiar with than try an unfamiliar solution.  This mentality is akin to the saying that insanity is doing the same thing over and over, expecting different results.

Do we Fundamental Baptists have any problems when it comes to missions?  I would say we do.  However, let me be quick to say I think we do more for missions than many other groups. I don’t profess to know or have all the answers, but I would like to list a few problems and suggest a solution to them: a solution that, for the most part, has not been tried by our camp.

A Problem of Incomplete Obedience

Jesus told us to preach His gospel to every creature and to all nations. We understand that the Bible use of the word “nation” is not political boundaries but different ethnic groups. We are not reaching all these groups; in fact, we are reaching very few. Our missionary force is concentrated in a few countries, reaching those who speak trade languages.  Reaching the nations requires missionaries to learn ethnic languages also. The problem causing our disobedience is that our missionaries do not know how to learn these languages—they can learn only if there is a school or teacher. The sad fact is that there are probably 5,000 languages with no language schools. It certainly is not pleasing to Christ that we are overlooking a large portion of the world because we are students but not learners. The unfamiliar solution is a program that converts students into learners and trains missionaries to use linguistic and language learning tools to learn any language in the world.

Learning a new language as an adult is not easy. Many rule out missionary service because they have convinced themselves they are no good at languages: perhaps they failed high school Spanish or French. Some purposely choose English-speaking countries; but in some of these countries where the “official” language is English, there is very little English spoken, and outreach is limited to the “educated” class. According to Dr. Tom Brewster, author of Language Acquisition Made Practical, during the early 90’s almost all the missionaries in Hong Kong, with the exception of the Mormons, did not speak Cantonese but were preaching in English. He further stated that of about 300 missionaries to the Navajo Indians, only 6 of them made any attempt to learn the language. In many countries, missionaries preach through an interpreter.  I ask you,    “If the pastor of your church could not speak English, but preached to you each week through an interpreter, how long would you continue attending that church?” Another practice is trying to reach people in a trade language who have very limited understanding of that language. All the above-mentioned problems make for an incomplete, ineffective communication of the gospel. This familiar problem has an unfamiliar solution: a school that trains missionaries to learn languages and learn them very well.

A High Drop Out Problem

There are many factors that would cause a missionary to leave his field prematurely. Probably the most commonly given reason is sickness. Pray for your missionaries, for they do face serious health threats on many fields. However, very often an underlying problem is the inability to adapt to the new language and culture. Language and culture shock  can actually cause sickness! Often the missionary does not even realize what is happening, but he is frustrated, irritated, and discouraged. He may feel guilty because he almost hates the people he is there to love! He and his wife may conclude that it is pointless to stay. Defeated, they leave and live with regret and guilt all their years.  Culture maladjustment is a familiar problem; and again, there is an unfamiliar solution. The solution is a training program directed by experienced missionaries using proven techniques that train people to be culture learners. Instead of being overwhelmed by the strange new culture, the missionary develops understanding and appreciation for it. When culture shock appears—and it will—he accurately diagnoses it and applies the cure.

Can We Baptists Change?

The fact that we have problems related to missions is not debatable. Our biggest problem, however, may be that we are afraid to try an unfamiliar solution. Doesn’t it make sense for a  church and its missionaries to try this “new” approach (that some have been using successfully for 50 years)? If it works (and we know it does) the missionary learns languages correctly, he learns and adjusts to cultures, he communicates the message of God with little or no syncretism, and his training serves him well on the field for many years. What are we content with: the familiar problem or the unfamiliar solution?