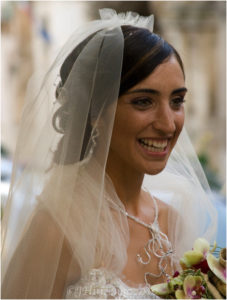 Surely only the most isolated  people are without a Bible in their language. Well, that is what one might think, but it is not always the case. There is a people group of over 5 million without Scripture in their native language. A society that produced renowned artists, explorers, and scientists: the Sicilians!

Once the central location of the known civilized world, Sicily was a great treasure that European, African and Persian empires desired to own.  Nearly 3000 years of history are on this island, roughly the size of New Jersey.  There are stone ruins, temples of ancient people, monasteries, amphitheaters, and endless vineyards and olive groves.  The family is at the heart of Sicilian culture. Family members often live close together, sometimes in the same housing complex, and sons and daughters usually remain at home with their parents until marriage. The Catholic Church is an important fixture in Sicilian life. Almost all public places are adorned with crucifixes, and most Sicilian homes contain pictures of saints, statues, and other relics. Each town and city has its own patron saint, and the feast days are marked by gaudy processions through the streets with marching bands and displays of fireworks.

Although many of the younger people are bilingual, speaking Italian and Sicilian, there are several previous generations that know only the Sicilian tongue, and consequently have no Bible! Perhaps this has not been of importance to them as they trust their “church” to tell them what they need to know. However, we know that they are being given error—error that will result in an eternity without Christ.